You dont have javascript enabled! Please enable it!

Home Uncategorized Are bed bugs dangerous?
Used between list items, there is a space after the comma.Uncategorized

There is a lot of rumor and conjecture going around on the internet about just how “dangerous” bed bugs are. So far, only a few studies have pointed to bed bugs potentially carrying disease, but there are many other factors that need to be considered before making a decisive judgement on how “dangerous” they are. Many of the factors include, threats to home, property and emotional/physical health. There are many ways that an infestation can be dangerous to people. 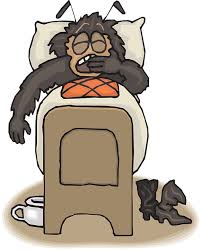 Bed bugs are small, parasitic insects that crawl out like vampires in the night, feeding on the blood of people and animals while they sleep. Although they’re found worldwide, bed bugs were considered largely eradicated in the US until recent decades.

Now, they’re spreading rapidly in North America, including in the US where they’ve been detected in every state. Cleanliness is no deterrent for these pesky creatures, and they’ve popped up everywhere from five-star resorts and cruise ships to libraries, schools, and day care centers.

While a bed bug may go for months without eating, they prefer to feed every several days, and will travel up to 100 feet to find a meal (although most live within eight feet of a sleeping surface).1

Bed bugs typically hide during the day, in mattress seams, bed frames, headboards, dressers, behind wallpaper, and any other small crack or crevice they can find. This is why one of the first things you should do while traveling is to check your sleeping area thoroughly for bed bugs or signs that they’re around (like feces).

Bed bugs are more of a nuisance than a danger, although they can prompt serious allergic reactions in some people. Although more than 40 human diseases have been detected in bed bugs, they’re not known to spread diseases, although evidence in this area is lacking.2

Their bites can cause significant itching, however, which can in turn lead to a secondary skin infection if excessive scratching damages your skin. They can also lead to loss of sleep, although this is typically due to anxiety over the bed bugs and not the bites themselves. When you’re bitten by a bed bug, it injects anesthetic and anticoagulant at the same time, so you won’t feel the bite until later.

Anywhere from a day to several days later red, swollen bumps, similar to mosquito bites, will appear, typically on your neck, arms, hands, and face (although they can be anywhere on your body). They may itch or feel irritated, but try not to scratch them.