Home Uncategorized Adverse affects of improper use of pesticides
Used between list items, there is a space after the comma.Uncategorized

Adverse affects of improper use of pesticides

A common way that people attempt to deal with their bed bug infestations is through the use of unregulated pesticides. Their ultimate goal is to spend less of getting rid of an infestation but it can ultimately have devastating health consequences that end up costing you more in the long run. Here are some of the reporting side effects of individuals attempting to use pesticides to rid themselves of this problem and just how wrong this can go. Leave it to the professionals! 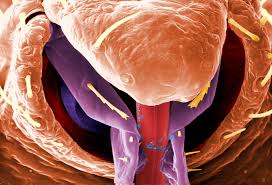 Cases have also been reported of pesticides intended only for outdoor use being sprayed indoors. In one case in Ohio, according to a health advisory released by the US Centers for Disease Control and Prevention (CDC):9

“These illegal applications were made five times over 72 hours and included spraying of ceilings, floors, and even beds and a crib mattress. The occupants included a family with small children, who displayed health symptoms typical of pesticide poisoning, including headache, nausea, vomiting, diarrhea, dizziness, and muscle tremors.

The families were evaluated and treated at a local hospital. The homes were evacuated and families relocated. The families lost furniture, electronics, clothing, linens, toys, and other personal items that were grossly contaminated.”

In other calls to NPIC, the CDC reported:10

Documented in another call was a mother who contacted NPIC describing her infant who developed vomiting and diarrhea after being placed on a mattress treated with an undiluted indoor insecticide.